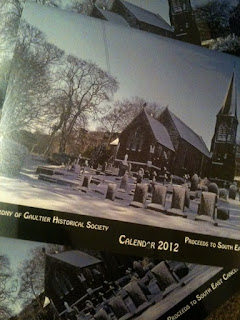 Our calendar for the coming year is now available priced €6. It features another selection of photographs from times past and present illustrating  many aspects of life in the barony then and now. Included is a photo submitted in a competition organised through  schools in the area. Available in local shops
Posted by Gaultier Historical Society at 12:05 0 comments 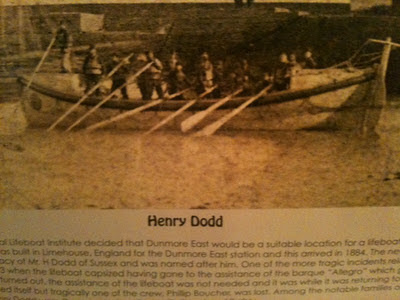 This is the Henry Dodd  a RNLI lifeboat launched in 1884. The lifeboat was a legacy of Henry Dodd of Sussex. In 1893 a crewman Philip Boucher tragically died when the vessel capsized as it returned to port.
Posted by Gaultier Historical Society at 20:34 0 comments

On November 24th, John Molloy, former fisheries officer at Dunmore will introduce the recent documentary  'The Dunmore Fishery of the 1960s' and give a talk based on his own extensive research and experiences of the Irish Fishery.
Posted by Gaultier Historical Society at 14:53 0 comments

The History of Education in the Barony of Gaultier by John Burke N.T.

Having researched the history of Passage East Boys and Girls schools during his tenure there Mr Burke wondered how to access the roll books and inspector’s reports of the other schools as few of these had been retained, especially of those schools that subsequently went out of existence.


Then he was made aware of the fact that Matthew Butler, author of a History of Gaultier had also written a series of articles in the Waterford News from 1932 to 1938 in which he gave an account of the schools of the Barony using registers, roll books etc.
What he discovered was a treasury of information about the efforts the local people made to have their children educated from the early years of the penal laws when teaching catholic children was illegal up to modern times.
Due to the amount of material and detail discovered, John had to limit his talk to education in Gaultier from 1786 to 1900.
The Government reports on the state of education in 1821
revealed a list of eight schools from

Licaun to Kilcop, from Ballinaboola to Callaghane.
The report of  1825 revealed a list of 20 schools including seven in the Passage area, five  in Dunmore/Killea and others in areas like Leperstown, Kilmacomb and Monemintra.
However , the majority of Mr Burke’s talk centered on the schools which were recognised by the Board of Education after 1832 . The schools of Drumrusk, Ballyglan/ Bellelake, Woodstown, Corbally/Summerville, Of and Castletown were remembered. The progress of the various schools in  Faithlegg, Passage East, Ballygunner, Killea and East Girls schools was examined and some troubled histories revealed. We were introduced to excellent teachers and larger than life characters such as,
Robert Power, Mary Anne Kirwan, Michael Power, Patrick J Power, Edmund Pyne, Ellen Delaney, John Hearne, Ellen (Nelty) Woods, Margaret M Byrne, Margaret O Regan, Emily Adams, Thomas Gallagher,  John O Neill, and many others. We learned about  The Lancaster/Bell Monitorial system and how classes were conducted in small rooms with large numbers.
The overall impression given was one of a community of people who with their Clergy (Catholic and Protestant), a number of interested local landlords and parish committees made every effort to make sure that the children of Gaultier received the best education they could provide.
Posted by Gaultier Historical Society at 12:23 0 comments

The Knights Templar in Gaultier

Dr Dr Niall Byrne opens the BGHS  lecture season with his talk
The Knights Templar in Gaultier.
An audience of over 50 people was present at the Ocean Hotel, Dunmore East on September 27 to hear Dr Niall Byrne give the opening talk of the Barony of Gaultier Historical Society’s  2010-11 lecture season.  Dr Byrne’ s topic was the story of the Knights Templar in Gaultier,  particularly their connections to Crooke and Leperstown.   Dr Byrne’s scholarship came through in his detailed and well illustrated presentation which was very well received by the audience.  The talk was followed by refreshments generously provided by the Ocean Hotel.  This was a great start to our season and really whetted the appetite for the talks to come over the next  seven months.


The story of the Templars is a  gripping, multilayered slice of history reaching across almost all the countries of Europe and into the during the time of the Crusades.  The Templars although outlawed by the principal monarchs of in the early 1300s morphed into other quasi military orders such as the Knights Hospitallers and even coming down to the present day in the origins of the Knights of Malta.  They are mostly remembered for their presence in the during the wars of conquest  between Europeans and Muslims, always  in the guise of saviours  under their respective religious banners.
The Templars were granted lands on either side of by a grant of Henry 11 soon after his arrival here in Gaultier in 1171,  Crooke being the site of a substantial  manor of thousands of acres.  No doubt they had a military presence in but their main recorded contribution seems to have been in agriculture, the 1328 audit of their Crook lands giving detailed testimony to this.  They grew large quantities of cereals , probably bringing much of Gaultier under cultivation.  It is thought that this was grown as feed for the horses used by the Knights across and especially in the Holy Lands.  This opens up a fascinating story of shipping and trade that would have been an important part of Gaultier life in those years.
Dr Byrne concluded his talk by tracing the origins of Waterford County and City Infirmary in Leperstown with the rents and produce of this area going to finance the Leper Hospital of the medieval period, it s successor, the Fever Hospital of Waterford which eventually became the Infirmary.
The Society wishes to thank Dr Byrne for this fascinating and important contribution to the history of Gaultier and to a great start to our current season.


More information on the knights in Ireland here
Posted by Gaultier Historical Society at 14:12 0 comments

Dr Byrne's latest book has been received with great acclaim. It is entitled  'The Irish Crusade'   and tells the story of  the very controversial 13th century warrior monks, their manor at Crooke, and their contribution to the crusades. Dr Byrne will also outline the early days of the Waterford and City Infirmary and the role of the townland of Leperstown in that story. A very interesting and entertaining enening is in prospect. 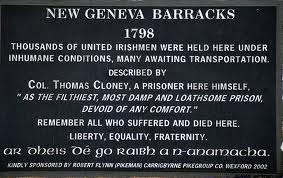 Genevs Barracks on the coastal rd west of Passage East, Co. Waterford has a facinating  history and its origins go back to the arrival of a large group of Swiss in the 17th century.  It was a barracks and a prison and even popped up in the song the Croppy Boy and the pages of Ulysses by James Joyce.


At Geneva Barrack that young man died,
And at Passage they have his body laid.
Good people who live in peace and joy,
Breathe a pray'r and a tear for the Croppy Boy
Waterford County Museum records in detail the history of the barracks and we also discovered this blogpost by Derek Barry
Posted by Gaultier Historical Society at 17:00 0 comments 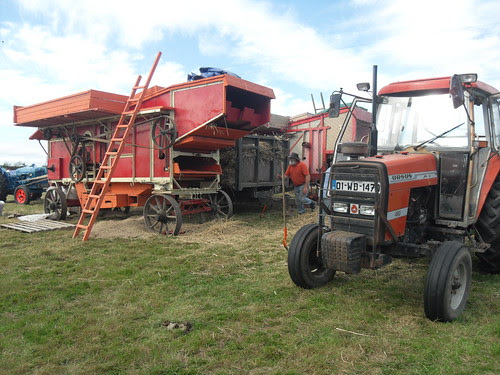 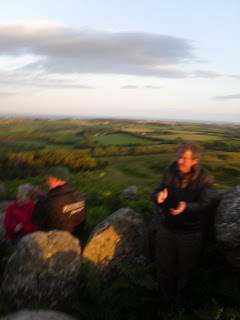 On Saturday 18th June the Gaultier Historical Society arranged a very succesful event to mark the Summer Soltice at Harristown Megalithic Passage Tomb. For many of the large number of attendees it was their first visit to this historic location that is only 2 miles from bustling Dunmore East village in Co Waterford. Society  Chairman Richie Roberts welcomed everybody including a group from Vancouver, Canada and there was a well chosen range of short talks from members on the historic importance of the location and the tomb itself.

Eamon Gavin spoke about the differing types of tombs and dolmens etc. Noel McDonagh detailed the rich  range of local history that is connected to the druids. There was a nice recitation of  Yeats' poetry from Ray McGrath and Cathy Desmond played a haunting tune on the violin.


The group adjourned to Aggies Pub in Killea where mine host Pat Flynn served up the traditional ribs and colcannon supper. The evening was rounded off with some excellent music from local musicians.

Noel McDonagh talks about his discoveries on Woodstown Beach 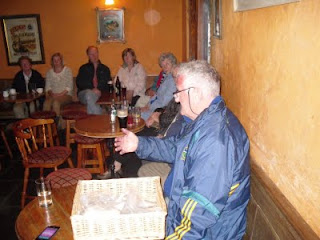 Noel McDonagh delivers a recent talk on his discoveries on the shoreline at Woodstown beach , Co Waterford where his findings included primitive tools. He also speaks about the great range of historic artifacts that remain undiscovered. 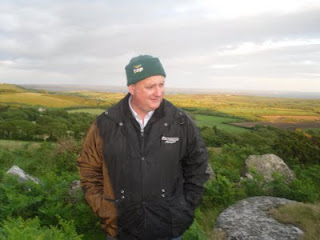