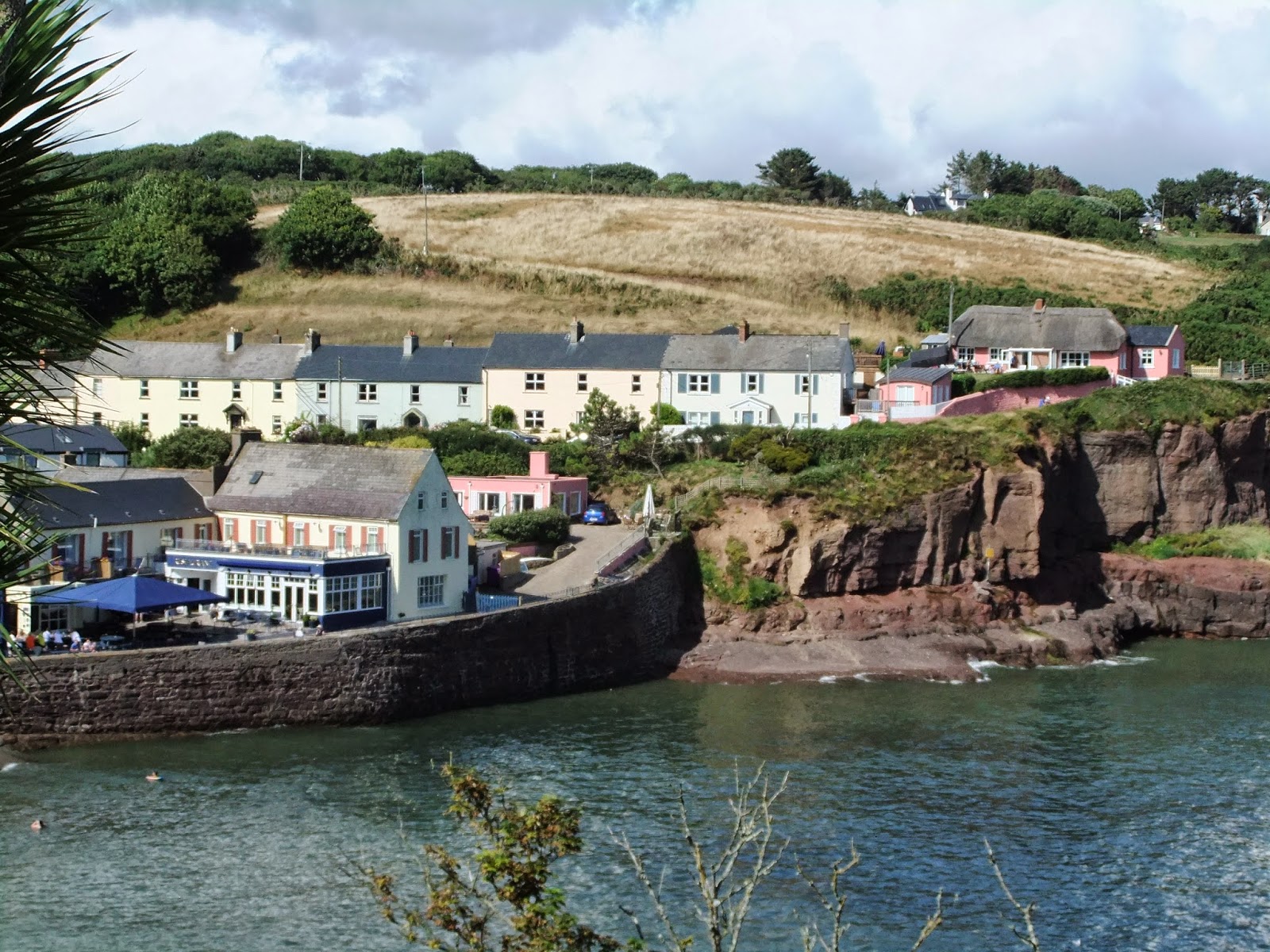 Nymphall  but where was  Nymph Hall?

The second Heritage Walk continuing last month’s ramble through Dunmore East was conducted by Ray McGrath on behalf of the Barony Of Gaultier Historical Society . It took place on Tuesday last 22nd July at 7.30. The attendance was amazing.
Ray was accompanied by John Burke and Bob Desmond of the  committee.

We began at the People’s Park (Pairc Na mBo). Ray paid tribute to the trustees and members of the Parks and Woods Committee who give so much of their time to make sure that these amenities are available to us all and to Lord Waterford of Curraghmore who originally gifted them to the residents of the village. The walkers numbered around thirty at the beginning but the numbers swelled to more than fifty by the time the walk reached the halfway mark.

Our next stop was the Haven Hotel, previously Villa Marina when owned by the Morris family and built originally by the Malcolmson family of Portlaw who were also responsible for the “Fisherman’s Hall”. Ray outlined the history of that notable family making particular reference to their ship-building fame in the “Neptune” building yards in Waterford. He also drew our attention to the style of architecture used in the house and stables, a style that is similar to other buildings of theirs. We proceeded out the back gate and walked down “Cuckaloo” to St Andrew’s church.
We gathered as best we could at the entrance to the rectory and were delighted that Gina Cobden was present and willing to talk of the history of the Church and to mention a number of notable burial places in the church yard. Most of us hadn’t realised that before St Andrews was built, the Church of Ireland Anglican Community attended services at a church in Rathmoylan. John Burke then made reference to the building beside the Rectory which was the Church of Ireland School from 1848 to 1921. The number of children in the school was as high as forty due to the attendance of the Coast Guard Officers' children who mostly came from England and lived in the houses across from the “Ocean Hotel”. Following independence, most of these families returned to England and the Coastguard houses were burned. The school closed soon after, due to insufficient numbers.

The walkers (now numbering more than 60) proceeded down the lane towards Ladies Cove to the remains of Dunmore “Castle. John Burke gave an account of the history of the Manor of Dunmore which was granted to Heverbrict in 1203 by King John. It later passed to Michael Fleming and family. In the early 14th century it was granted to the Butlers who passed it on to Richard Power of Curraghmore in 1475. He it was who built the Castle with a surrounding wall. There are no records of it being used other than as a watch-tower and occasional accommodation for soldiers. By the insurrection of 1641 it was largely abandoned. The Governor of Duncannon Fort feared that the rebels from Waterford were using Dunmore as a dropping off point for arms and ammunition from foreign ships. On June 27th 1642, two ships with sixty musketeers and Capt Weldon in charge left Duncannon and attacked Dunmore. They met little resistance and burned the “town”, taking three fishing boats and their gear without being interrupted. John Burke suggested that the account of the attack submitted by Duncannon to their masters in London was greatly exaggerated. 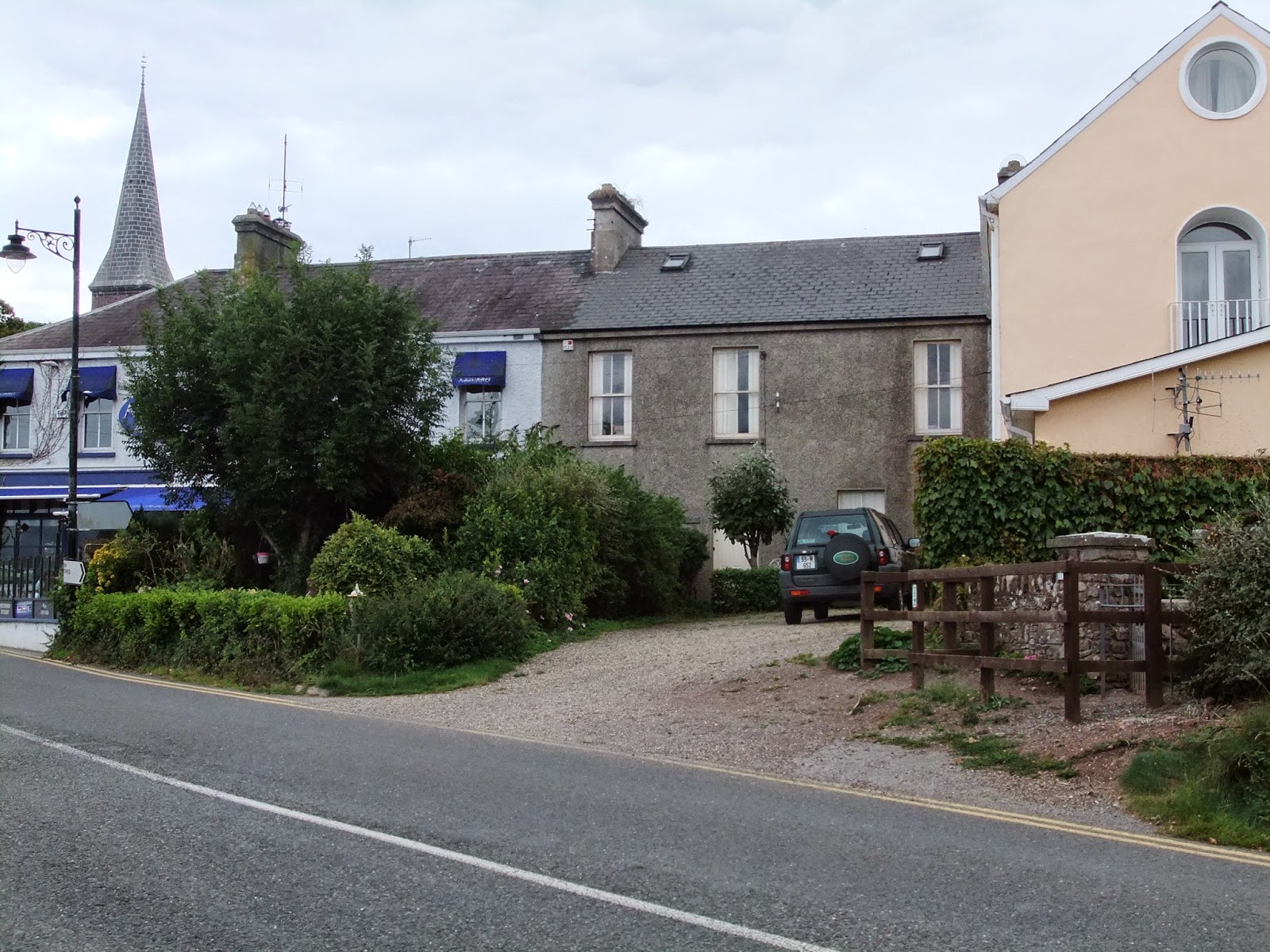 We then went up to the entrance to the woods on the “High Road”. Ray spoke of the RIC station that was there and is now a private dwelling as well as the remains of some houses that were still occupied when the RIC station was attacked during the War of Independence. Having walked along the High Road, we reached the “Horse Quarter” and Ray told us of the existence of a Livery Stable to service the needs of passenger traffic from the hotel as well as the transport of fish to the city. He also drew our attention to the old water pump just one of a number of  such facilities that were such a feature of life before motor cars. 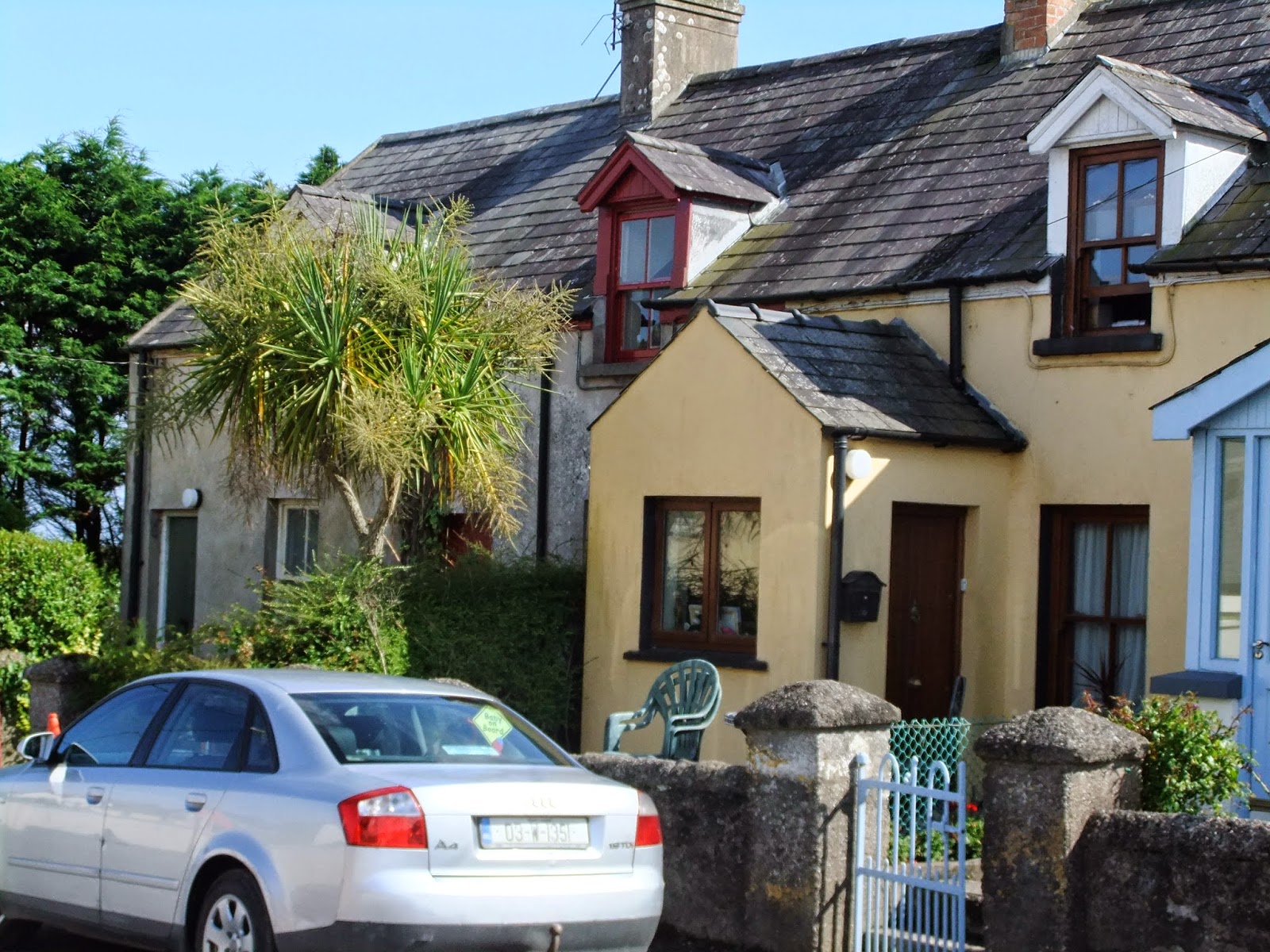 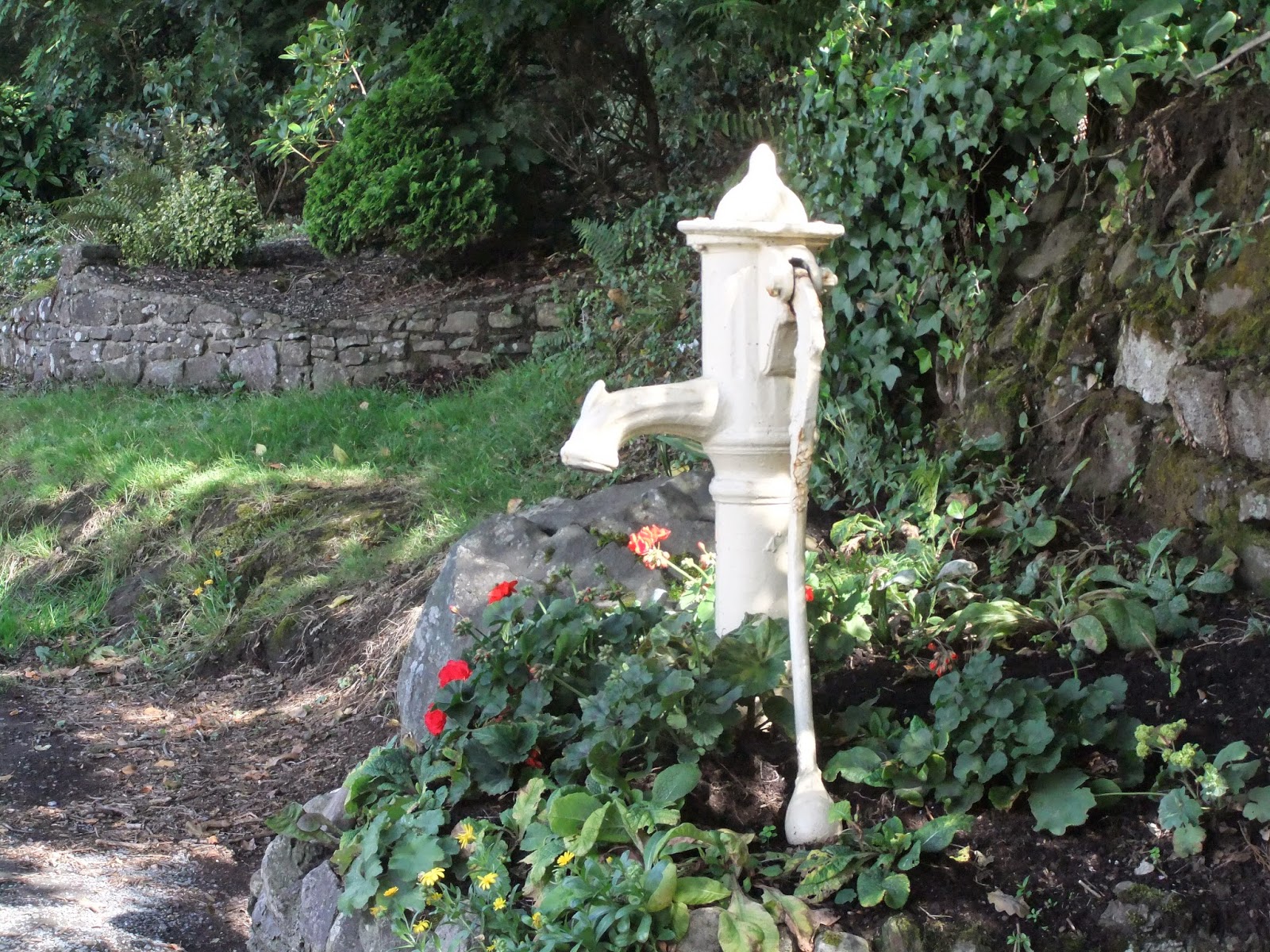 Walking along the Low Road we reached Curraghmore Terrace This was built by Lord Waterford to house his staff when he and his family and guests came during the summers to live in their house by the harbour. That house later became the Bay Hotel and later still the Convent of the Mercy Sisters. Ray told us about some of the people who lived there including relations of his, the O’Neills, who worked for Harney’s in their Bakery (now the Azzurro).


Now, nearing the end of our walk, we made a small detour to see the terrace opposite the fire-.
station. The five houses facing the road are very pretty and well known to us but by going down a small lane at the side, many people were surprised to see four more houses backing on to them. They are smaller houses, beautifully maintained in a secluded almost secret place. There is also a memorial to the memory of the people who lived there in the 40s and 50s. Coming out of the lane was like leaving a cinema and getting back to reality.


We then walked up towards Councellor’s Strand and halted at Wellington Terrace which was a very desirable place to live in old Dunmore. Bob Desmond reminded us that this area is know as “Nymphall”
Captain Henry Aland, an officer in Cromwell's army acquired possession of land in this area in 1660. It is probable that he refurbished an existing structure which he named Nymph Hall. In 1714, The Captain' great grandson, Aland Mason, inherited the house and other properties. A nephew of his, Henry Alcock, rebuilt the house in 1736. It was described as the agreeable country seat of  Sir Henry Mason by a visitor in 1744. The Townlands had been redrawn and this area known as Glendemey was incorporated with other parcels into Nymphall which is now a town land. This makes it difficult to pinpoint the site of the original Hall. The sea immediately below us is called White House Bay in some ancient maps referring we think to the original Nymph Hall. Henry Mason owned a fine boat which he named “The Nymph” which he kept in Passage. When William Doyle the Hydrographer visited the area in 1736 while making new maps of the British Seas and Coasts he made use of Mr Mason’s boat to survey a fishing bank of unusual richness in terms of quantity and variety of fish. He named this the Nymph Bank and as such it is still known.

There is still a lot to be seen and known about in Dunmore and in our August walk we hope to delve further into nooks and crannies of our local history. 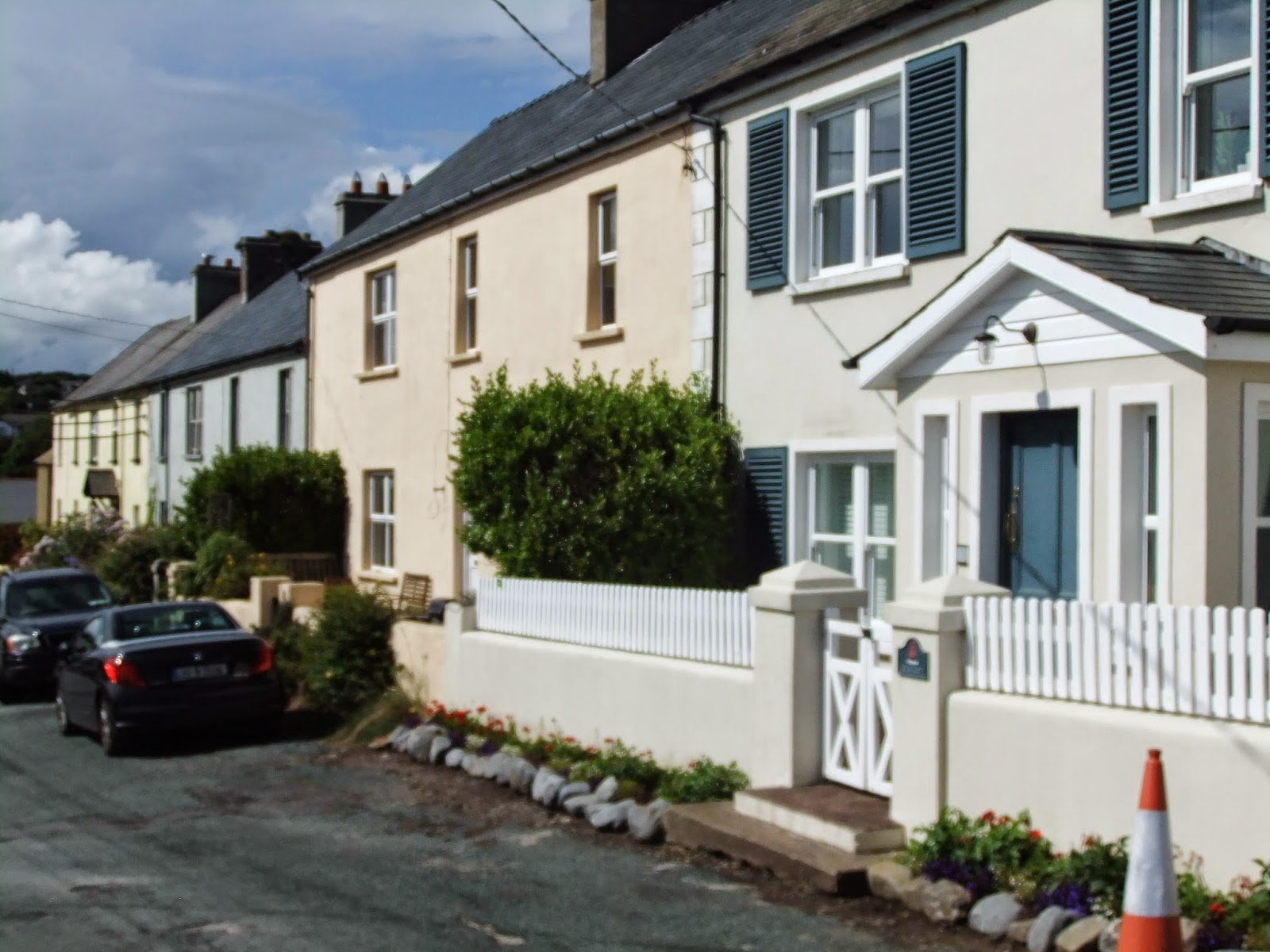