Know your Townland
This week our Gaultier townland of choice is Ballyhoo. 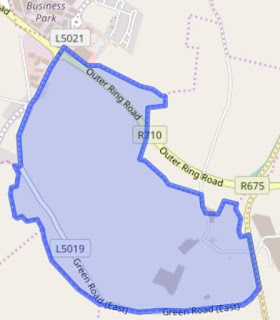 In the 1901 census there were 16 people living in the townland.

In the 1911 census there are 12 people living in the townland.

If you would like to get the blog directly to your email, subscribe on the page or request that we add you by emailing baronyofgaultierhistorical@gmail.com

Email ThisBlogThis!Share to TwitterShare to FacebookShare to Pinterest
Labels: Ballyhoo, Know your Townland 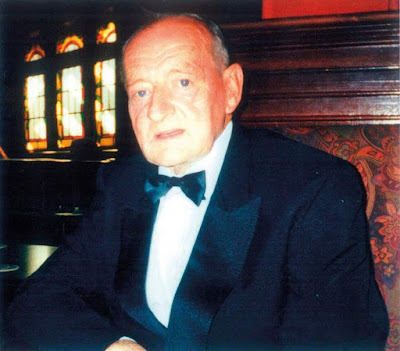 Thanks to Agnes Power for the photo.

James Cheasty was born in 1928 in the townland of Carrigavoe in the civil parish of Kill St Lawrence. Although Carrigavoe is just inside the boundary of Waterford City, it is very much a part of the Barony of Gaultier. The Cheasty family is an old farming family in the Barony , having farmed in Coolum in the early 1800’s. They moved to Monaminta before 1900 and also farmed in Carrigavoe and Couse. Jim, as he was known to friends, started writing at the age of sixteen and because he was a farmer all his writings had a strong rural theme. He was influenced by fellow playwright and Waterfordian, Teresa Deevy. His first play “A Stranger Came “ was produced in 1953 by Madame Barnard- Cogley’s Studio Theatre Club in Mount Street, Dublin. This and his other plays, The Lost Years,1957, Francey, 1962, All Set for Birmingham, 1970 and Prisoners of Silence, 1971 were all popular successes. Prisoners of Silence, which was performed at Garter Lane Arts Centre by Stagemad Theatre Company in 2007 was also filmed by Kramproductions. Jim was very proud of the contribution to the Arts in Waterford of Red Kettle, Garter Lane and of his friend Jim Nolan. Jim Cheasty RIP died on 12 July 2014 and is buried in Tramore

Find us on Facebook
If you would like to get the blog directly to your email, subscribe on the page or request that we add you by emailing baronyofgaultierhistorical@gmail.com
Posted by Gaultier Historical Society at 13:57 0 comments

The Barony of Gaultier Historical Society will hold its July Heritage Walk in Dunmore East.

The walk leader will be BGHS committee member John Burke and he will be assisted by other BGHS members. 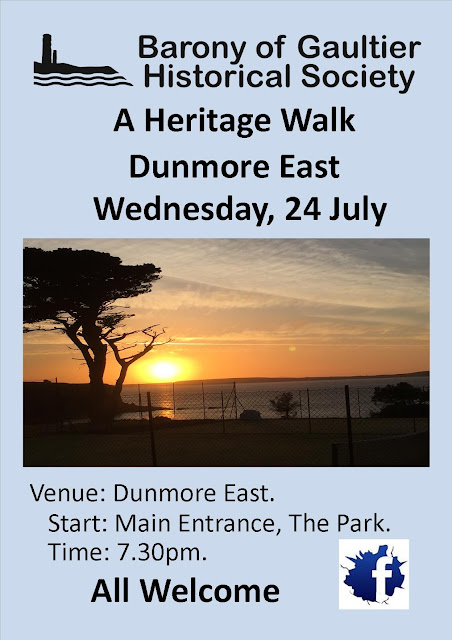 The walk will commence from the main gate of the Dunmore East Park with a starting time of 7.30pm on Wednesday 24 July.

The route of the walk will be from the Park to the lower village and towards the direction of Nymph hall. This route has a very interesting and varied heritage.


Find us on Facebook
If you would like to get the blog directly to your email, subscribe on the page or request that we add you by emailing baronyofgaultierhistorical@gmail.com
Posted by Gaultier Historical Society at 12:18 0 comments

The July photo from our 2019 Calendar. A Legend in the Barony of Gaultier. Paddy ‘Billy’Power

Paddy ‘Billy’Power’ was Coxswain of the Dunmore East based RNLI ‘Annie Blanche Smith’ for 22 years.
His reputation as a brave and very competent lifeboat man spread far and wide.  Paddy served a total of 41 years with the RNLI, retiring with four prestigious bronze medals awarded for his bravery, judgment and seamanship. The lifeboat most associated with him was the aforementioned ‘Annie Blanche Smith’ which was called out on 89 rescue missions saving 88 lives.  Among the many rescues attributed to Paddy ‘Billy’ was the December 14, 1950 rescue of the Dunmore trawler, Naomh Deaglán.   Superb judgement and seamanship and bravery were admirably demonstrated on that treacherous night of gale and snow  as Paddy directed operations from the bow of the lifeboat succeeding in getting a line aboard the trawler as it drifted in to the storm lashed  Falskirt Rock.  Long may the man be remembered along with all his lifeboat comrades.

Find us on Facebook
If you would like to get the blog directly to your email, subscribe on the page or request that we add you by emailing baronyofgaultierhistorical@gmail.com
Posted by Gaultier Historical Society at 07:02 0 comments