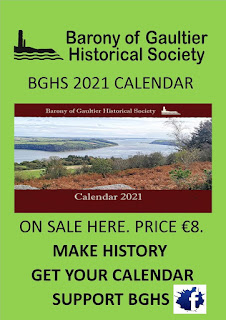 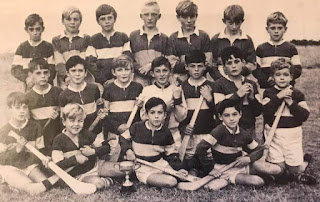 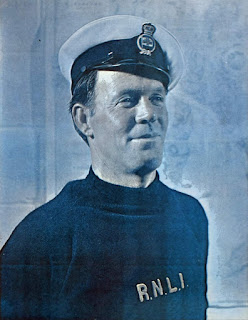 Stephen Whittle is one of the stalwarts in the story of the RNLI service operating out of Dunmore East.   Seafarers all along the south-east coast are thankful that Stephen was such a dedicated and skillful skipper of the different lifeboats based in Dunmore East. Numerous honours and awards have come his way to acknowledge the many lives saved by his seamanship and that of his crews. Some of these were presented to him personally at ceremonies in Britain.

Stephen was born in Portally near Dunmore East.  After school in Killea he took to the sea and within a few years along with his brother, Mick purchased the 50’ Portavogie-built Agnes Palmer.   Their success at different kinds of fishing was widely acknowledged. At the same time he began his service with the Lifeboat Service moving up through the ranks to the position of coxswain in 1966 and becoming coxswain/mechanic 9 years later, a position he held until 1984.

What stories Stephen can tell of his days and rescues with the lifeboat!  One in particular came to mind when I asked him what used to be in his mind when setting out on a bad night. The rescue of the crew of the “Glenmalure” which had grounded on the treacherous ledge of rocks reaching out from Hook Head during a violent SSE gale remained vividly in his mind.  Stephen recalling his feelings when setting out on a rescue mission on such nights told me that he would pray to make the right decisions to keep his crew safe and do what he could to save lives. For his courage and outstanding seamanship and that of his crew that November night in 1970 Stephen was awarded the RNLI Silver Medal. His crew that night, John Power, Brendan Horgan, Sean Kearns, Joseph Murphy and John Whitty were each awarded a Medal Service Certificate.

Meanwhile in his spare time he started building model boats and ships, which I hope one day will be put on public display. Stephen also drew a map of the coastal place names between Creadan Head and Saleens, an important and valuable work to which this writer is greatly in debt. Let us celebrate a heroic life.