Continuing in his new walking series, Society member Ray McGrath has a new walk this week in the  Waterford News and Star on the Cheekpoint Eelers loop.

Find us on Facebook
If you would like to get the blog directly to your email, subscribe on the page or request that we add you by emailing baronyofgaultierhistorical@gmail.com
Posted by Gaultier Historical Society at 15:24 0 comments

A recent edition covered the launch of the series which took place in Ardkeen Library and was followed by a walk which was co-hosted by Ray and Joe Falvey.

These articles by Ray McGrath will be published each week in the News and Star. Ray's most recent article was entitled " The Lightkeeper's Loop". 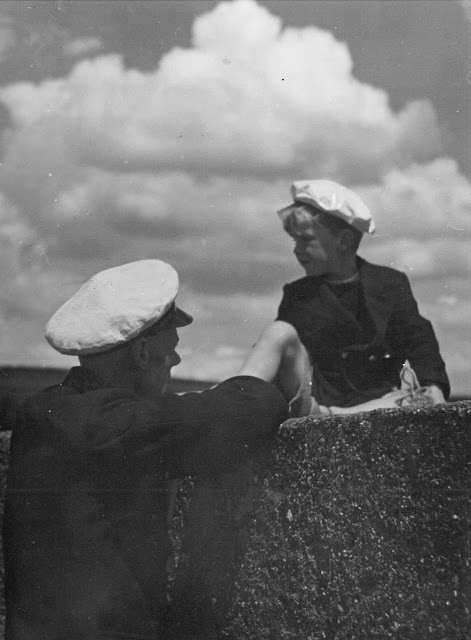 Our April photo from our 2019 Calendar

Captain Carroll and his son David

This photo was taken in 1952 near the Dunmore East Light lighthouse. I was five years old.   (Probably watching a dinghy race or perhaps waiting for the Irish Lights tender to arrive?). Photographer was Fred Fennell who was a  well-known photographer who sadly went missing on a coast walk to Portally a year or two later..

I have lived since 1969 in Dublin and have maintained a lifelong interest in maritime matters, particularly those pertaining to Waterford Harbour and Dunmore East.

Andrew Doherty of “Waterford harbour tide & tales” (a weekly blog page each Friday) has invited myself on several occasions to contribute blogs. These have mainly been recollections about Dunmore East Harbour in the 1950s and 1960s.

A very attentive group gathered for the last of the Barony of Gaultier autumn/winter talks delivered by Ray McGrath entitled Tracking Thomas Francis Meagher Across Panama. 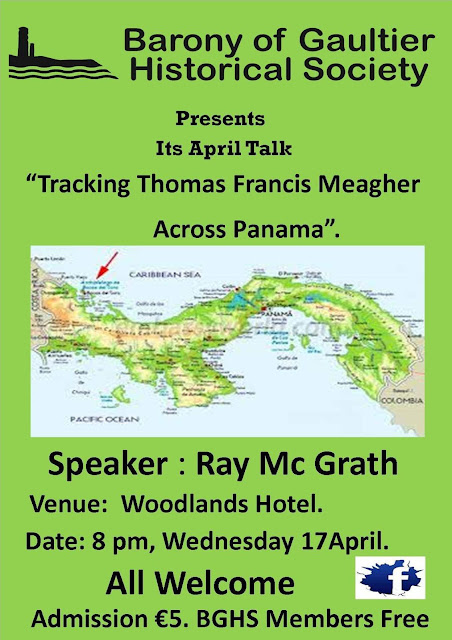 The talk too place on Wednesday April 17 in Woodlands Hotel, Wateford.

Rays talk explained that Thomas Francis Meagher was in Central America three times between 1858 and 1861. His third trip was to Panama on a mission which was American sponsored. He crossed the isthmus from the Pacific to the Atlantic on foot, by canoe and by mule.

In 2018, Ray McGrath set out to find his route and walked part of it. Ray described his walk and what he has discovered about the nature of Meagher’s controversial involvement in Central America and his Panama mission.  A lively question and answer session followed.

Talks will resume in September, but stay tuned in and look out for forthcoming notices about our popular Summer walks schedule.

Find us on Facebook
email us on baronyofgaultierhistorical@gmail.com
Posted by Gaultier Historical Society at 15:39 0 comments