April photo from our 2015 Calendar

The April  photo from our 2015 Calendar.

Culleton Sisters of Ballyglan
This photo of Ellen Culleton (seated) and her sister Brigid was taken at their home in Ballyglan in 1949. They were the daughters of Pierce Culleton who was a Coachman of Sir Robert Paul of Ballyglan House. Their own house was one of those built by the landlord for the workers. Their lives were very typical of country people at that time.
There were seven children in the family. One died young. Their unmarried brother Michael lived with his sisters and was a gardener with the Pauls. 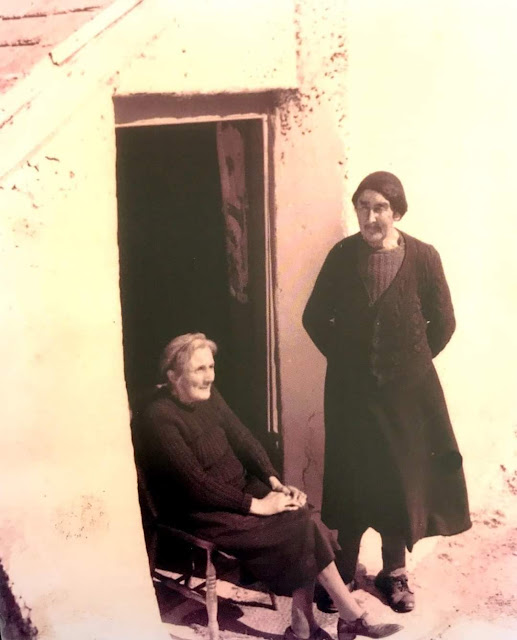 Ellen (b. 1870) worked in the service to the Paul family of Ballyglan House and later with Miss Paul when she retired to Dunmore East. Ellen lived out her days in Ballyglan. Ellen was present at the death of her father Pierce on the 22nd April, 1887 from Pneumonia at the age of 65 years.
Brigid (b. 1877) lived in Ballyglan. She kept house for her brother and sister and worked on their own land. Known as Brigie, she was a noted character who sang songs of her own composition. (We have no record of these.) She made the most wonderful Apple Pies. On Saturdays, she and Michael travelled to Waterford by donkey and cart to sell home produce….eggs, apples, chickens etc. They went to Mass in Killea and once a year they had an outing to Dunmore for the Regatta or Sports. They went to school in Ballyglan National School which was established in 1868 and was transferred to Bellake in 1896. Their teacher was Mary Ann Kirwan, who taught in Ballyglan for 21 years.

Article by a former secretary of the Society, John Burke and he also supplied the photo.
Posted by Gaultier Historical Society at 20:06 0 comments 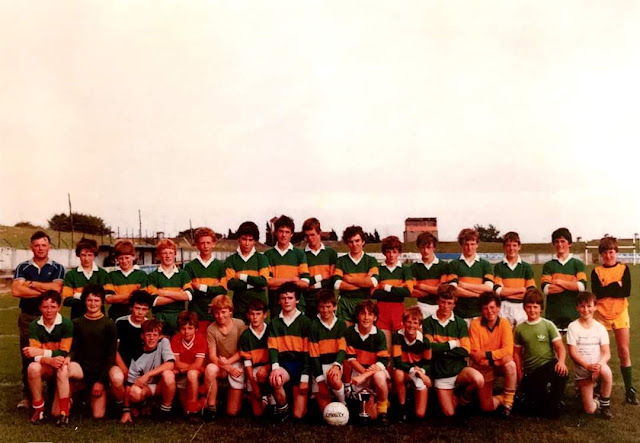