Our October Page from our 2019 Calendar.

In 1966 Irish Farmers could not get the current Minister for Agriculture, Charles J. Haughey to meet their representatives. The leadership of their organization, NFA decided that farmers from every county in Ireland would march on Dublin. 13 farmers volunteered from Co. Waterford to walk to Dublin and six of them were from Gaultier. They set off from the Mall in Waterford on the 12 October, 1966. In this photo are two of the walkers, they are wearing white armbands. The other walkers were Richie Phelan, Orchardstown; Jimmy Power, Ballynamoyntragh; Ken Purcell, Ballinakill; and Davy McGrath, Ballygarron. The other Gaultier people in the photo joined the march on a Sunday to show support for the Gaultier walkers. The photo shows L- R:  Mattie Whittle, (walker) Ballyshoneen; Paddy Cullinane, Leperstown; Rita Butler, Liccawn; Maureen Cullinane, Leperstown; Edie Phelan, Keylogue; Jackie Butler, (walker) Coxtown. 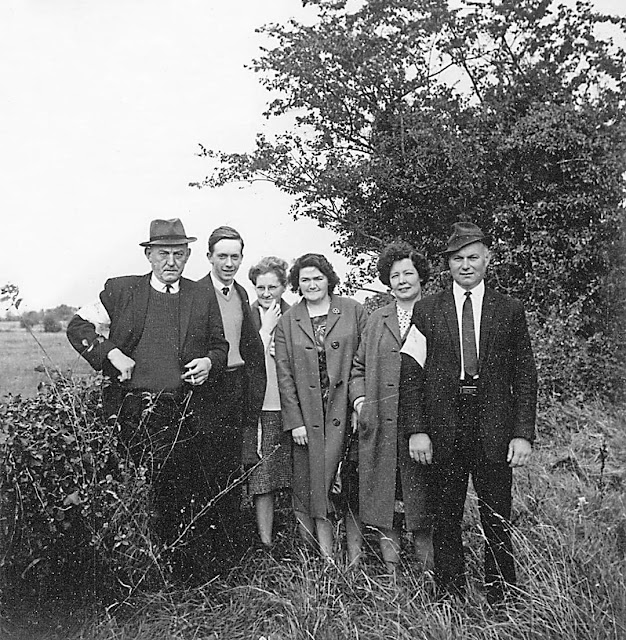