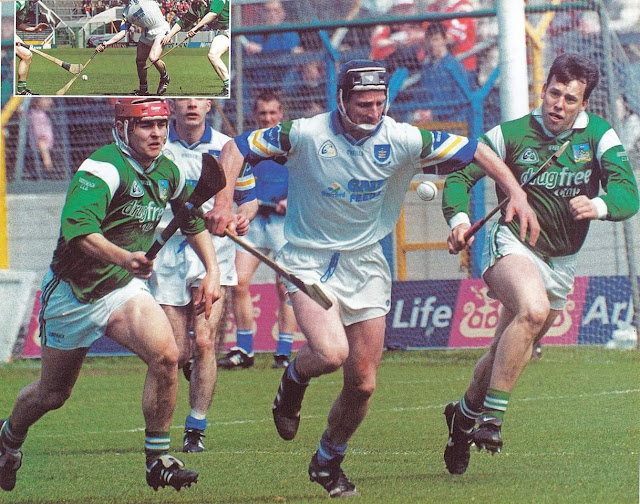 His playing career commenced when he joined Passage Hurling Club in the mid 1970’s. He was a member of the Under 16 1981 Passage team which was the first Passage team to win a County title since the club reformed in 1961. When Passage won their first County Intermediate title in 1988 Sean was a member of the team and was manager when they won their second Intermediate title in 2007. He was a member of the winning County Junior team in 2009.  Passage was narrowly defeated in three County Senior Finals in the 1990’s with Sean on each team. The County Final of 1993 was the most notable of these only losing by a single point to Lismore in Walsh Park. In the past season 2016 he played with the Passage Junior B team.

At Inter- County level he played from 1989 to 2001 and was nominated for an All Star in 1998.  He represented Munster in the Inter- Provincial series. Sean’s time on the Waterford Senior team finished just before the Deise hurlers reached their golden era but he was on teams that had close calls for both Munster and League titles.

When people speak of hurling full backs, Sean will always be acknowledged as one of the best from Waterford. One National journalist called Sean “The Rock” and the name stuck. Sean did not get the All Star award that he deserved but to hurling followers in the Barony of Gaultier he will always have their admiration and respect. Sean has been involved in all aspects of the sport of hurling at both club and county level.  He has been a player, coach, mentor and a county selector.  Sean, we are proud that you are from Gaultier and thanks for all the enjoyment that your exploits in the game of hurling gave us.
Posted by Gaultier Historical Society at 07:48 0 comments