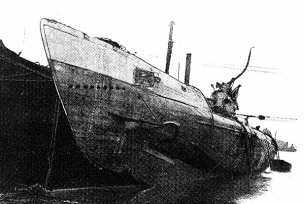 
Event tickets on sale from July 1st in Dunmore shops
(Bay Cafe & Centra) and outlets in nearby villages.

Reservations to baronyofgaultierhistorical@gmail.com or text/call 0838353673

All other events
The Harbour, Dunmore East

Two days commemorating the rescue of Kurt Tebbenjohanns, captain
of the mine laying U-Boat UC44 by three Dunmore men but also
remembering all those who lost their lives in WW1 activity in Dunmore
East waters in1917.

Programme
The rescue a German U-Boat commander by three fishermen from
Dunmore East in August 1917 is the core of a two-day centenary
commemorative event entitled Friend and Foe 1917: U-Boat activity
and rescue in Waterford Harbour. The event takes place in Dunmore
East, County Waterford Ireland on August 4th - 5th, 2017. Kapitan Kurt
Tebbenjohanns, commander of the mine-laying submarine, UC44, the
only survivor of the thirty-man crew was rescued by three young
Dunmore East men, Jack McGrath, Tom Power and his brother, Patsy
Power. These men braved the danger posed by mines that were
known to be lain across the mouth of Waterford Harbour to search for
survivors after they heard the explosion at sea. Friend or foe did not
matter for these young men - they were responding to the age-long
code of the sea – help a fellow sea-man in distress. They searched for
two hours and it was after midnight when they heard a faint cry
through the darkness. Within a short time the survivor was hauled
aboard their small, oared fishing boat and brought to the safety of
Dunmore East. 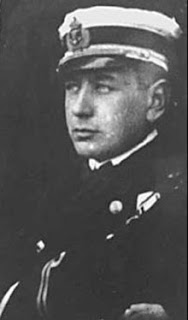 Friday 4th August
4pm • Commemorative Walk • Dunmore East. A 90 minute walk through the village of Dunmore East recalling the village as it was in 1917 and recounting the story of the rescue of Kapitan Tebbejohanns and the subsequent bringing into Dunmore of UC44 and the fate of her crew.

Dunmore men who responded bravely to the universal code of the
sea. In so doing it will honour all those who save lives at sea,
particularly the crews of our RNLI life-boats and air/sea rescue.

It will pay homage to the captain and crew of UC44 and it will remember
with respect all those who lost their lives at sea as result of war action
in Waterford Harbour in that fateful year of 1917, particularly the
crews of the two British trawler/ minesweepers, the George Milbourn and the Loch Eye.

9.30am - 12.30pm • Seminar, Friend and Foe 1917: U-Boat activity and rescue in Waterford Harbour.
The seminar consists of several talks giving findings of the most recent research into the sinking of
UC44 and the rescue of its commander. It provides a context for the war at sea especially U-Boat
activity and mine sweeping operations on the Irish south coast, more particularly in Waterford
Harbour. It considers the salvage operation and the bringing of UC44 into Dunmore East. It also
makes public the fate of the German crew, eighteen of whom were in the submarine when brought into Dunmore.

The second half of the seminar will be a panel discussion and engagement with the audience. Speakers include British naval historian, Mr. Tony Bab BEM, WW1, Maritime and Royal

Navy historian, Roy Stokes, WW1 war at sea historian and author of ‘U-Boat Alley’. Also on the panel will be relatives of the rescuers and other local historians.
2.15pm • Blessing of the Boats • This annual ecumenical event, planned this year to coincide with
Friend and Foe 1917, will take place near the Lighthouse.


2.30pm • Laying of the Wreath at Sea • This will be done within view of the Harbour and will consist
of the annual laying of the wreath for deceased Dunmore fisherman and the formal laying of a wreath
to honour and remember those who died in Waterford Harbour due to war actions in 1917 including
the crews of UC44, and the trawler/ minesweepers George Milbourn and Loch Eye. The Dunmore East Life Boat will carry the wreath accompanied by a small flotilla of fishing boats and leisure craft. 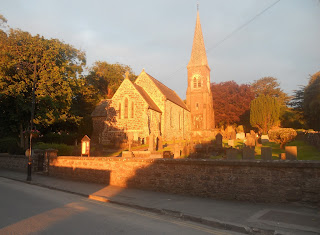 Here is more information on the original event of 100 years ago
Posted by Gaultier Historical Society at 15:03 0 comments

FRIEND AND FOE 1917
Events tickets for the maritime heritage weekend go on sale from July 1st in Dunmore East shops (Bay Cafe and Centra) and outlets in nearby villages.

Reservations to baronyofgaultierhistorical@gmail.com or text/call
0838353673.
Posted by Gaultier Historical Society at 12:03 0 comments

Two days commemorating the rescue of Kurt Tebbenjohanns, captain of the mine-laying U-Boat  UC44 by three Dunmore Men, but also remembering all those who lost their lives in WW1 activity in Dunmore East waters in 1917.

All other events at THE HARBOUR, DUNMORE EAST.

The religious order of the Knights of the , or the Knights Templars was founded in 1118 by Sir Hugh de Payne and eight other knights.  The Crusades had succeeded in capturing the sacred sites of the Holy Land from the Moslems who had denied Christians access.

St Bernard of Clairvaux drew up monastic rules for them in 1128 and by 1130 the Templars had become the standing army of the in the .  The Princes and Knights of Medieval joined the order in great numbers.  Generous presents of land and money were heaped on the Templars over the 12th and 13th centuries and their foundations spread all over .  Henry 2nd gave them a gift of land on both sides of as penance for his part in the murder of St Thomas A’ Beckett.

In 1172,they established a Perceptory in Crooke and also in Kilbarry as well as in Clonaulty and Kilcloggan in Wexford.  The purpose of the Perceptories was to produce money and horses for the use of the fighting men in the Holy Land and to serve as retirement homes for old and wounded knights.

In February 1307, Crooke consisted of a large farm of 3000 acres with 350 sheep and an amount of crops including peas.  Sales of wool and corn were the main sources of income.  They were granted the rights to have Mills for making flour.  This was a source of great wealth as they had the monopoly in and around the city of .  The merchants tried to build their own mills but were prevented when the Templars objected and Henry 2nd issued a mandate preventing such competition.
The remains of a Templar Mill still stands on the hill over Passage and Crooke.


The Templars had developed into two sections.......The fighting men of the and the rich and powerful landowning section.  The latter would supply the knights with men and money.  By the year 1300, they owned 20,000 estates in and this property attracted the notice of greedy and hard-up nobles.  They got their first attack from King Philip 4th of who was short of money.
Posted by Gaultier Historical Society at 16:16 0 comments